Celestron NexStar 130 SLT is reflecting computerized telescope. Reflecting telescopes are well known for their affordable price. Reflectors are using mirrors to produce image and are cheaper to manufacture than lenses in refracting telescopes. Because of that, you will always get much better performance for the money when you buy a reflecting telescope like this one.

This telescope is also on the computerized mount which is helpful with finding objects on the night sky- a great feature if you are a beginner and you don’t know anything about astronomy yet. And another great thing is that the Celestron brand is one of the top telescope manufacturers in the world so you can’t go wrong here. The customer service is amazing, and the build quality is very high.

As I said before, it is a Newtonian Reflector with two mirrors. One is a small secondary mirror at the front of the optical tube mounted on a spider mount. It is tilted 45 degrees to reflect the light from the primary mirror at the back to the eyepiece. The diameter of the primary mirror in the Celestron NexStar 130 SLT is 130mm as you can see in the name of the telescope. It is a high quality multicoated parabolic mirror providing excellent and crisp images. The diameter(aperture) of 130mm delivers 30% more light gathering than 114mm mirror used in smaller Celestron models.

The focal length of this telescope is 650mm. It is the distance from the primary mirror to the focal point in the focuser. This is a fast F5 (divide 650 by 130) telescope. It means that it is very good for faint objects like nebulas or galaxies. If your telescope is slow like F10, it will not perform as good as F5 on fainter objects, and you will see fewer details.

Let’s take a look at the list of all specifications of Celestron NexStar 130 SLT:

There are two models of this telescope available, the older one and the new one. You can come across both when you are looking to buy one but don’t panic they are exactly the same. The only difference is in the hand controller. The newer version has different descriptions on the buttons, and the buttons have slightly different positions.

What I like about the newer hand controller is that the buttons are shaped for a feel. This is a massive advantage in the night when you are trying to control the telescope in the dark, and you can feel different shapes of the buttons, so you don’t press the wrong button accidentally.

For example, the arrow buttons have little barriers on the sides so when moving the telescope in the dark; you don’t have to worry about pressing enter or ESC accidentally as it happened to me many times with the old controller.

The Celestron NexStar 130 SLT comes with two plossl eyepieces. The focal lengths are 25mm and 9mm, which gives you two magnifications. With 25mm eyepiece you get 26x magnification, and with the 9mm you are looking at 72x magnification. You have to upgrade the eyepiece collection if you want more magnification. Or you can use a Barlow lens that will double or triple the magnification provided with each eyepiece, but it will slightly decrease the quality of the image.

But don’t overdo it. For every telescope, there is maximal useful magnification, and the limit depends on the size of the aperture. In this case, with an aperture of 130mm, the maximal useful magnification is 260x. To get that number, you multiply the size of the aperture by two(130×2=260). If you go over that, the image will be blurry, and you won’t be able to focus properly.

So if you plan to upgrade your eyepiece collection, you can read my Telescope Eyepiece Guide.

The telescope comes with the red dot finder. It is a small finders scope with no magnification that helps to locate the object on the sky. It has a small lens at the front, and little red LED light. This LED is shining on the lens, making a small red dot in the middle of the lens. That’s why it’s called red dot finder.

It is a very common tool in telescopes in the lower class. The first thing you have to is to align it with the optical tube, so when you are looking through it, and the red dot is on the object, you want to see the same object in the eyepiece of the telescope. I suggest you do it during the day before the stargazing night. Just point it on the tree or something as a reference and adjust the LED dot with the small knobs until you see the same image in the finder and the eyepiece. It can be frustrating to align it at night, so don’t forget to do it.

In my opinion, the small finder scopes with the crosshair are better because they are actually small scopes and are more accurate, but the red dot finder will do the job, and you can always upgrade it later to proper finderscope.

The computerized mount is an excellent feature on a telescope. You don’t have to spend time looking for objects manually. The only thing you have to do here is to press the button, and the telescope will automatically slew to the object. The hand controller has over 4000 objects in the database and also the tour feature of the best current objects on the sky, so it is a pleasure to use it. This is a big advantage of the computerized mount, and beginners will enjoy it. The computerized mount of the Celestron NexStar 130 SLT is easy to use, and you will learn how to operate it in a few sessions. Celestron also has a very informative guide in the box, so read it first. Also, it might be a good idea to play with it during the day to get used to it.

The thing that scares people off the computerized mounts is the star alignment which you have to do before every stargazing session. But it is a very easy process. However, you need to know the positions of the brightest stars on the sky. This, you can easily find in any planetarium software or mobile app.

Celestron is using SkyAlign with three bright objects to align the telescope. You might struggle the first time, but you will learn it quickly. You can have a look on my computerized guide article where I explain in detail the process, and I also mention a few tips on how to improve the star alignment.

The mount is powered by 8xAA Batteries that are not included. The battery tray is conveniently placed in the arm of the mount. This is a nice feature because, for example, with the SkyWatcher model you have funny battery bag hanging of the telescope. You can also buy a separate 12 VDC adapter if you are in the proximity of electrical outlet. Otherwise, the batteries are enough for an outdoor session, and they last long. If you want to be on the safer side, bring some spare ones with you.

This is a very cool gadget. The Celestron SkyPortal WiFi Module is an upgrade of your already amazing computerized mount. It is a small device that you plug into the AUX port of the mount, and it will create your own WIFI network. You can connect to that network with your smartphone or tablet. But first, you have to download the SkyPortal app for Android or iOS.

What it does is to allow you to control the telescope wirelessly. It contains over 100 000 objects in the database, and the interface of the app is amazing. You can also point your device to the sky and see a real-time projection of the objects on the sky. You just tap on the object, and the telescope will point on it automatically. Watch the short video below to get a better idea of what it is about.

And now, the tripod of the Celestron NexStar 130 SLT. Some people complain that it is not sturdy and the telescope vibrates a lot. But I think that it is a good tripod for the price you are paying. It has sturdy steel legs; the tripod is foldable and easy to transport and assemble. You will get some vibrations when touching the telescope but wait a few seconds, and the vibrations will stop.

To improve stability, I always hang something heavy in the middle to lower the center of gravity. Remember not to hang it on the middle holder tray legs because you will break it. Do it on the top where legs are joined to the top part of the mount. It will greatly improve the stability and performance of the tripod. Another tip is to have the telescope at the lowest position possible. Don’t extend the legs if you don’t have to, and the stability will be much better.

With reflecting telescopes, you always have to collimate. The collimation is a simple process of aligning the mirrors of the telescope. Bad collimation can result in the blurry image or focusing problems. Many people are scared of it but don’t be. The telescopes come collimated from the factory, but sometimes the collimation is out, so it is a good idea to check it.

You can buy a laser collimation tool that will do the job in seconds. All you have to do is to play with the adjustment knobs of the primary mirror. The secondary mirror is rarely off, so I wouldn’t touch it if you don’t see any issues. I have created a complex guide for collimation of the reflector without the tools, so go and read it.

Celestron NexStar 130 SLT is not suited for the deep sky astrophotography. There are two main problems. You will not be able to reach focus with the DSLR camera, and because of the Alt-Azimuth mount, you are limited to only 30-40s exposures. But I have done it anyway. I have modified my SkyWatcher model that is the same telescope as Celestron NexStar 130 SLT, and I was successful. It is limiting, but possible. You can do a nice picture of some bright deep sky objects. As an example, here is the Orion nebula I captured. You can learn more about it here, and more pictures are available in my Reddit post.

However, you can absolutely do the planetary or Moon astrophotography and video astronomy without any modification of the telescope. All you need to do is to use a specialized astronomy camera or simple webcam. I have written an article on how to use a webcam with the telescope, so if you are interested, you can check it out.

I think that Celestron NexStar 130 SLT is a great telescope and I also recommend it for beginners. It is very affordable and fun to use. It will show you almost everything in the night sky. I was using the telescope for a few years, and I was very happy with it. If this is the first telescope that you are considering to buy, go for it. It is the cheapest computerized telescope with an aperture big enough to satisfy any hobbyist astronomer out there. 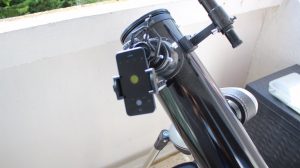 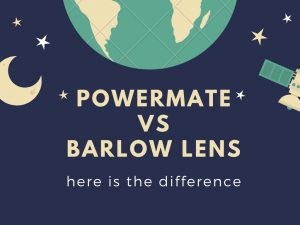 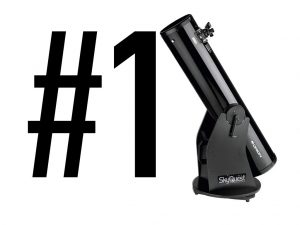 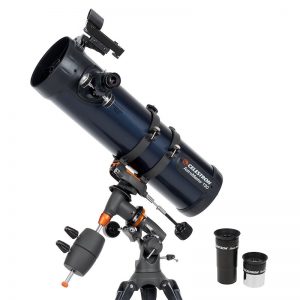