Many people buying the first telescope are making the decision based on the look of the telescope. That is a huge mistake because there are big differences between refracting and reflecting telescopes.

There are also other telescope designs like Schmidt Cassegrain and Maksutov Cassegrain telescope, but in this article, I will only talk about Refractor vs. Reflector telescopes.

If you want to learn more about the other designs, you can read my article Schmidt Cassegrain vs. Maksutov Cassegrain.

How Does Refractor Telescope Work

Because the eyepiece is situated behind the primary lens’s focal plane, the eyepiece’s image is inverted both vertically and horizontally. This design allows for a more significant apparent field of view in the eyepiece and a longer focal length telescope to achieve higher magnification.

How Does Reflector Telescope Work

The secondary mirror is tilted 45 degrees and reflects the light into the eyepiece on the side of the tube. Mirrors reflect the light to create an image in the eyepiece; that’s why it is called a reflecting telescope.

In my opinion, the clear winner for visual astronomy is the reflecting telescope. In astronomy, we need to collect every possible photon to get the best image. So, the bigger is better because a large aperture can collect a lot more light than a small aperture.

You can buy a reflecting telescope with an aperture up to 16 inches and maybe more. This is a huge advantage over the refracting telescope. The big Newtonian telescope will show you amazing views of deep-sky objects.

Refractor vs. Reflector Telescope In Astrophotography

The most common choice for astrophotography is the refracting telescope. However, that doesn’t mean you can’t use a reflector.

Choosing between the refractor and reflector for astrophotography is a matter of preference, and there is no wrong choice here. No matter what you choose, you will be able to do astrophotography.

The one factor we can mention here is the price. Because if you want to do astrophotography with the refractor, you need a high-quality one with compound lenses to correct the chromatic aberration. Preferably triplet, which is very expensive even with a small aperture.

On the other hand, if you go for a reflector, it will be cheaper, but you will have to fight the comatic aberration and always perform perfect collimation of the mirrors before every astrophotography session.

Check out my article The Best Telescope For Astrophotography.

What Should I Buy, Refractor, or Reflector?

So what should you choose as the first telescope, refractor, or reflector? Well, this is a hard question but let me give you my recommendation after years of experience with telescopes.

If you are serious about astronomy and want the best beginner telescope to start with, go for any Dobsonian telescope. This Newtonian Reflector telescope on Dobsonian mount is the most affordable telescope even with bigger apertures. Remember that bigger is better in astronomy.

On the other hand, if you are not sure that you will be using the telescope very often, you may sometimes look at the moon or planets. Or you plan to take it on the camping trip to show the kids some object in the night sky, then you are good with a small refracting telescope. Later you can upgrade to a bigger reflecting telescope after you get hooked up on astronomy.

It all begins with the lens many centuries ago- we don’t know exactly when because scientists argue about that. Some say that the lens is thousands of years old.

Archeological evidence indicates that there was some kind of rocky crystal artifact dated to the 7th century BC so-called Nimrud lens. We also have proof that even ancient Egyptians were using some type of lens based on certain hieroglyphs.

But the first oldest reference for using the lens is from Aristophanes mentioning a “burning glass” in his writings from 424BC. And it is confirmed that in the Roman period people used burning-glasses. Anyway, the lens was developing century by century until it was first used in a telescope.

It was in the 16th century when great mathematician and astronomer Galileo Galilei made his first simple telescope by using two lenses in a hollow tube. The first prototype of the refractor was created.

Nowadays, the refracting telescope is more sophisticated than Galileos’ first prototype, but they work on the same principle. It’s based on two lenses at the front, one for light collection and the second for magnification, and the hollow tube with the eyepiece at the end of the scope.

When Galileo Galilei created his first telescope and pointed it to the stars, he started a revolution in astronomy. People wanted to see more, and they were building bigger and bigger refracting telescopes. It was not long after they realized that it is not practical, and lenses suffer from chromatic aberration (rainbow colors around the observed object).

A few years after trying to resolve this problem, Isac Newton created a reflecting telescope prototype, the Newtonian telescope. He was using a concave primary mirror at the end with a secondary small diagonal mirror at the beginning and focusing on an eyepiece.

Surprisingly, we are using the same design even today. The main advantage of the mirror is that it doesn’t suffer from chromatic aberration. The light is only reflecting off the mirror, and it is not going through any lens like in a refracting telescope.

We can build much bigger and more efficient telescopes. The reflecting design is being used in almost all observatories on Earth. Even the Hubble telescope is a reflector with an aperture of 4.2m, and it is orbiting the Earth since 1990. It was the first space telescope. 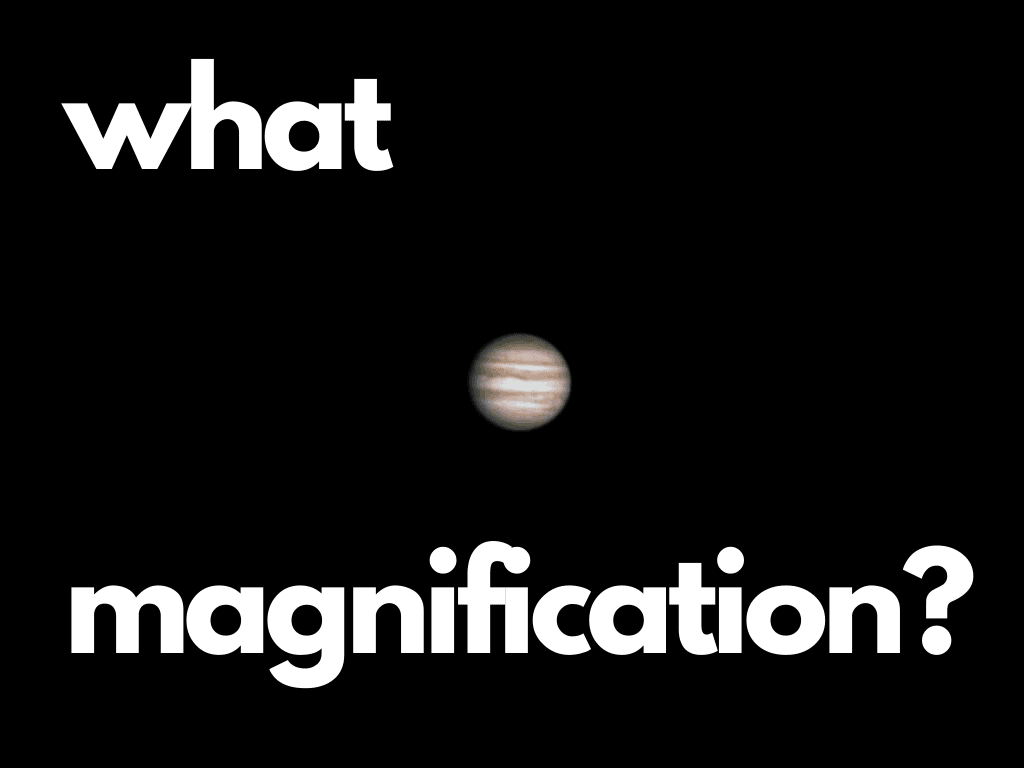 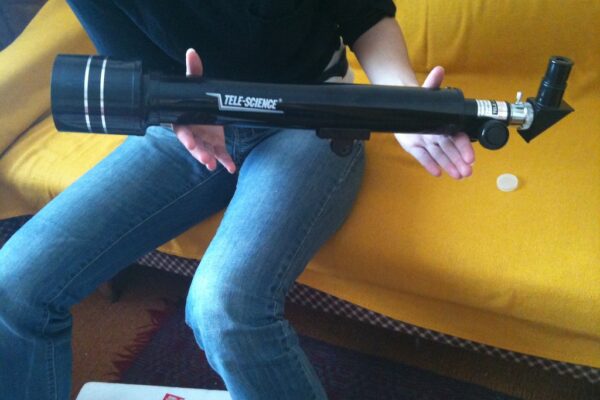 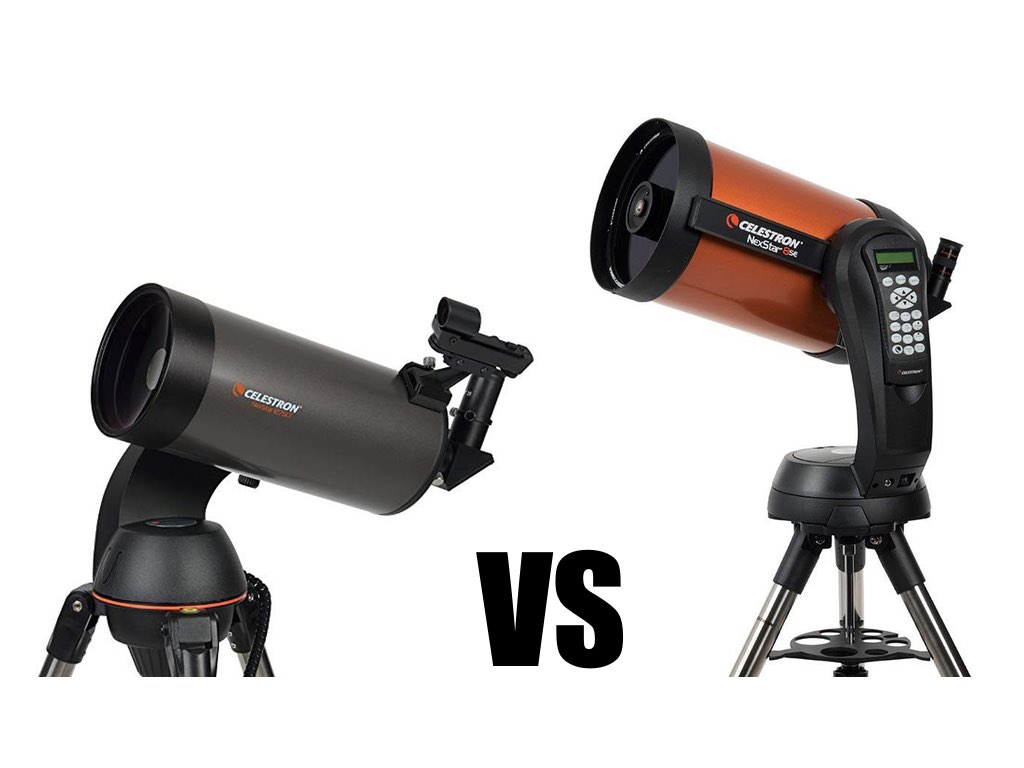